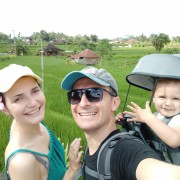 The so-called “Golden Ring” of Russia refers to a series of about 12 cities northeast of Moscow, which have a special historical – religious – cultural interest. Monuments of Russian history are preserved there, one finds temples and monasteries of unique beauty, as well as folk handicrafts. Rostov, Sergiyev Posad and Yaroslavl were the ones we chose for the Russian Christmas period in 2020 and we did not regret it.

Rostov, despite its full name (Rostov Veliky, meaning Great Rostov), is a town of about 35 thousand inhabitants. The Russians call it Rostov Veliky, distinguishing it from the other Rostov (Rostov on Don), the big city with a population of 1 million, near the Sea of Azov.

Rostov is a very small town, it is easy to walk around, even though the icy roads in winter need attention. From the moment we started from the hotel, the wooden houses and the impressive decorations around the windows and under the roofs caught our eye. Of course, the colors dominate and contrast with the white snow. How much we love such images in this country!

Lake Nero was frozen, we have mentioned that, right? The movement from the opposite village took place right through the lake. Scattered fishermen had dug holes in the ice. After the first doubts “Will the ice break?” which made me tremble of ​​an icy bath, I found myself jumping like a child on the crystal clear surface. Needless to say, it was freezing cold, since the wind was also pretty strong.

Afterward, we enjoyed hot Russian soup, delicacies, and of course tea in another Russian stolovaya, one of our favorite places to eat low-budget.

And when the famous bells from the monasteries and the cathedral rang, the atmosphere became astonishing and festive. Our little explorer looked at them enchanted, that is what we all did, to be true. The scenery in Rostov was so fitting, beautiful and traveled us back in time.

Snow and cold, churches, monasteries, domes and bells, wooden houses and a frozen lake. What is more to ask for from winter in Russia?

Those two days felt much longer and very full of new impressions. Rostov Veliky offers a concentrated authentic Russian beauty. Images that you will surely love, and all this just within two-three hours from Moscow by train.

Yaroslavl and Sergiyev Posad were waiting for us. Stay tuned!